Symptoms and types of mould

How to recognize grey mould – Botrytis

Mould infection is usually only visible in and on certain parts of the cannabis plant. Sometimes the mould botrytis is only on the larger and denser buds, but other times it is spread throughout the cannabis plant. The mould on marijuana usually threatens after a series of rainy days.

You can see areas that are darkening. For example, leaves, pistils and stamens. They can also be recognised by their characteristic musty or rotten smell.

The worst part is that this mould often waits until the last weeks before the cannabis harvest.

People can often confuse this mould with trichomes, which the plant produces. Because of the persistent mould in cannabis buds, the bud is easily torn off so that the inside can be seen. When the affected cannabis bud is examined, it will be dark inside – usually grey or brownish and probably dusty (this ‘dust’ is the spores of the mould).

Depending on the stage of life, can look…

When marijuana plants are affected by this mould, it starts as a fluffy white growth in the middle or sides of the buds, but this white mould quickly darkens to grey or brown and gets deep inside the larger buds. Sometimes you’ll see the initial stage only on the sides of the cannabis buds, giving you a chance to catch the infection early.

Botrytis fungus looks white and fluffy in the early stages, but you’ll probably never see it that way as it quickly darkens and starts eating marijuana buds from the inside out.

Once this mould has infected parts of the cannabis plant, the buds can sometimes look almost the same on the outside. The infected area often dries out and detaches easily. The inside of the buds may be brownish, grey or even purple.

In cannabis plants, botrytis causes rot from within, which is why it’s called “buds rot.” If you open the flower, the inside of the bud will be moldy, dark grey or brown.

This mold can manifest itself in many ways. For example, this branch here reacted to the mould Botrytis by turning purple. The leaves began to die and wither. This is what the grower found after several days of rain.

Botrytis is sometimes referred to as ‘botrytis rot’, ‘inflorescence rot’ or ‘grey mould’.

As far as cannabis is concerned, it is often called ‘Bud Rot’ , as this is the main symptom that growers are most concerned about.

Any part of the marijuana plant affected by the fungus should be removed immediately! This will help to prevent the fungus from spreading further throughout the cannabis plant. But above all, any buds that have this toxic mould on them should never be smoked, as it can infect the lungs.

Once this mould has established itself, it immediately tries to multiply. The insides fill with a dark, mottled dust that easily floats and spreads. These are mould spores, so be very careful and try to breathe as little as possible around mould. Also, try to prevent the mould from touching other parts of the plant – remove it immediately.

Healthy cannabis plants are not susceptible to mould unless they are exposed to stagnant air and cool or damp conditions for a long time.

How does Botrytis get to the plants?

The fungus is spread to plants by dispersed grey spores, usually on the wind or in water.

The most common way of spreading the fungus is:

Unfortunately, spores can easily be transferred to your marijuana plant by wind, rain, animal contact or even a clone from another grow room. Dormant spores can survive in a variety of conditions, waiting to invade your cannabis plant at another time.

Possible weakening of your cannabis plants that may allow for powdery mildew are cracks in the stem caused, for example, by wind, damage from caterpillars, snails, worms, or other pests and larvae. Or any other type of injury or weakness that will allow fungal spores to enter the marijuana plant.

Ideal conditions for spread of botrytis

How to prevent this cannabis blight?- by prevention

How to fight Botrytis mould ?

First, we must cut off any affected part of the marijuana plant to avoid infecting the healthy parts. Then we should ventilate the cannabis grow room to bring the humidity down to the desired level. Careful inspection of the plants will ensure that any further infestation is not noticed until harvest time.

There are several fungicides on the market to treat botrytis; one of the best is undoubtedly the fungicide Botryprot , 100% natural and highly effective.

We can also use beneficial bacteria on cannabis plants to combat grey mould, such as Trichoderma Harzianum, Ulocladium Atrum or Gliocladium Roseum.

After harvesting our cannabis plants, we thoroughly clean the growing space, pots etc. with bleach to remove any traces of mould.

How to recognize powdery mildew- Erysiphales?

How to avoid powdery mildew ?

How to recognize Leaf Septoria?

This disease of cannabis plants occurs 99% of the time in summer, when humidity alternates with high temperatures. The leaves are damp after rain and cannot breathe when the sun hits them. The lack of nitrogen taken up by marijuana plants may be the reason for the development of marijuana leaf blight.

How to prevent septoria ?

If it is a minor case of leaf septoria, it is not difficult to remove the disease and prevent its further spread. However, if it is a more serious infection, you may need to use some strong fungicides.

Broad-spectrum fungicides and disease sprays will usually do the trick. For extra protection, try choosing a copper-based fungicide. Either way, be sure to follow package directions carefully when using any disease control product and avoid getting any of it on your buds.

If you’re looking for a more natural alternative, we recommend turning to essential or horticultural oils like neem. Neem oil is commonly used to treat all sorts of garden pests and diseases, and can be easily applied to your cannabis plants using a spray bottle.

Alternatively, consider trying eucalyptus, rosemary, lemon and cinnamon oils. Either way, remember that these oils have a strong aroma and should never be allowed near your buds to avoid contaminating their aroma/flavor.

How to recognize root rot – Pythium

Root rot occurs when plants have excess water and seem to be suffocating. The roots of the marijuana plant are unable to take in oxygen and begin to die. The plants need to be watered sparingly and in the required cycles. If there is too much water, you need to create a drain for the plants. Cannabis, like any other plant, needs time for the soil to dry out so that the weakened roots of the cannabis plant are not attacked by this mould.

In cannabis plants, we can tell by certain signals that something is wrong. For example:

Remember that cannabis plants will benefit from warmer temperatures during the day and cooler temperatures at night. But too high (20+degree) temperature may lead to root infestation by this abomination.

All cannabis plants need to take in oxygen through their roots and poorly draining soil can suffocate them. Use light and airy substrates.

Spillover of of soil substrates

You should only water your plants when they need it. Overwatering is the most common cause of root rot in cannabis and also dilutes the nutrients present in the soil.

Oxygen plays a huge role in the overall health of your plant as well as its root system. We’ve already looked at ways to improve the oxygenation in your soil. If you have a hydroponic system, make sure you are providing adequate oxygenation, oversizing is advisable in this case.

Poor water circulation and inadequate oxygenation are the main causes of root rot.

Another cause may be pests or contaminants in the water. Always ensure that all tools and water are thoroughly cleaned before use.

One of the advantages of a hydroponic system is that you will quickly detect root rot because you will have the roots of your marijuana plant in plain sight.

How to solve root rot?

There is no one-size-fits-all solution. But we have a few tips.

Not all bacteria are harmful and healthy soil contains microbes that are beneficial to your cannabis crop. A wide range of complementary products serve this purpose.

It should go without saying that a cannabis plant that is stressed by mites, aphids or moths is at risk of developing cannabis root rot.

Neem oil is an essential helper as it is an excellent organic form of pest control. Fresh aloe vera in turn helps to boost the immunity of the cannabis plant and helps to nourish it. You can make a base solution containing these ingredients and apply it from a spray bottle.

Condition your water with oxygen

In hydroponic systems you need a good quality circulation pump to keep the nutrients moving and the water from standing.

Ensure regular cleaning of all equipment

Good practice requires that all your equipment is kept clean and ready for use. If you have experienced weed root rot causing bacteria, make sure all used containers and tools are cleaned with bleach and allowed to dry completely. Likewise, always make sure your pruning shears are sterilized before each cut to avoid possible cross-contamination. 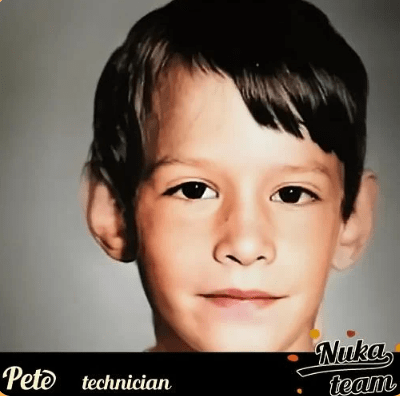