One of our customers has shared his report from the cultivation. He chose the Megaton cannabis strain and was very happy that he chose these marijuana seeds. Find out why.

Our customer’s feelings and experiences about Megaton cannabis strain 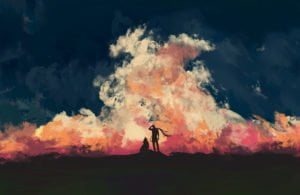 We have another report on our cannabis strain. Megaton was purchased by a lady from Austria who unfortunately did not want to be named or mentioned by her nickname. However, she allowed us to share her report on the new varieties grown in our stable. Judge for yourself how you like her report.

“Greetings to everyone at Nukaseeds. Thank you so much for the beautiful box. I love all sorts of such crap and will certainly put it to good use. I love growing weed, even though I don’t smoke it, I just enjoy it and mostly I need material for my thesis :D.

My boyfriend bought me 15 of this variety. It may be a bit more seed, but it won’t go to waste.

I only let five seeds germinate on a napkin. I have the rest ready for the next part of my project. Anyway, they all germinated, which isn’t surprising since the bank prides itself on its reputation. After a few days of germination, there were little tails. Then I placed the seeds in a soil medium with a slight hint of compost, but only a liquid base.

I didn’t fertilize at all for the first two weeks, just watered regularly. I did a little tweaking and got a hybrid interval watering system that can both fertilize and water. A friend helped me a lot with that. After transplanting, I applied the first fertilizing cycle I have tried on other crops, but I think I overdid it a bit as the cannabis leaves turned a bit yellow. After adjusting the ratio, it was better and the plants did fine on their own.

I’m a believer in controlling growth through space, so I use HST, especially fimming and topping. They’re a bit invasive methods but I’ve always enjoyed them, especially it’s great to see the plant give it a go on its own.

After a couple of weeks I did a second and final repotting. I let the plants get less light so they would switch to bloom. I underestimated this a bit because I had smaller cannabis trees in the garden. Thank goodness we have tall, ornamental trees on the property line.

The plants has gotten incredibly big, and it’s gotten to me. The biggest one was 3.5 metres tall. Hats off to you.

I would write a few more sentences about the harvest, but somehow I can’t, as the harvest has not yet taken place, we are still growing and looking forward to the result.

Verdict – I like the overall approach of the bank. The packaging is gorgeous and they must have put a lot of work into it. The contents of the box are also great, but I find the bamboo labels the most practical. They are much nicer than the plastic slips. The coin and the shredder are gorgeous, the gold is just top notch and you can tell they are not aluminum junk from China.

I would give 10/10, but I have to give 9/10. The only thing that disappointed me was the wait for the package. I was told by customer support that the package had already left, but it didn’t arrive until almost two weeks later. I don’t know where the problem was, but I hope it was on the carrier’s side.

I would like to wish you well and look forward to hearing more from you. 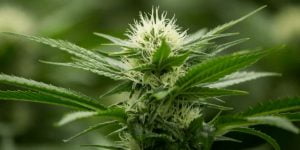 Looks like Austria has a happy customer. Miss Q. hasn’t sent us pictures of the harvest yet, but we are pleased that she was amused by the contents of the package and that the growing turned out well.

If you want to get the same impression of growing cannabis, try Megaton like this lady, you won’t be disappointed.