Want to grow some cool strains but can’t decide whether to choose feminized or autoflowering cannabis seeds? Everything has its pros and cons.

Feminized or autoflowering cannabis seeds? That is the question

Since the beginning of the cultivation age, growers have been divided into two camps, growers of autoflowering varieties and feminized cannabis varieties. Don’t worry, it’s not a rivalry or a war, but in short some prefer females and others prefer growing automatics. And the hardcore ones just grow everything.

Let’s explore them together. 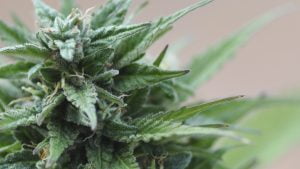 Until a few years ago, it was common to grow cannabis from seed with a 50% chance that the resulting plant would be male. The problem is that only female plants have flowers that are rich in cannabinoids such as THC and CBD.

Male plants produce seed pods and if they grow long enough, they pollinate all the female plants in the vicinity and dramatically reduce their yields. For this reason, it is important for growers to identify the sex of their plants early on to prevent possible pollination of their plants.

Then came the feminized cannabis seeds and in the 1990s the cannabis revolution took off. Feminized seeds are genetically engineered so that they almost always (99.9% of the time) produce a female plant. This has eliminated chance and made growing cannabis a much easier and more economical pastime.

Feminized seeds are often designed to grow into a light-flavored plant. A light-loving, or photoperiodic, cannabis plant will begin to flower depending on the number of hours of light and darkness in the day. If the cannabis plant grows wild, it often won’t start flowering until late summer when the days start to get shorter. Indoors, light-loving plants can be kept in the vegetative phase until the grower decides it’s time to flower and switches the number of hours of light. 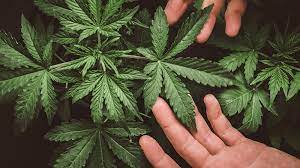 Autoflowering varieties first appeared on the market at the turn of the millennium and were not very impressive at the time. They were not strong varieties, had poor flavour and also low yields.

But they have come a long way since then. Modern autoflowering cannabis strains can compete with (and in some cases surpass) light-flowering varieties in terms of vigour, yield and flavour. However, they still retain the unique characteristics we have already mentioned and remain hardy and stable varieties.

Compared to females, they have one major advantage – they do not need a given period of illumination to grow. So they are not dependent on the photoperiod, but on the age itself. As soon as they reach a certain age, they move into flowering and then they just mature.

So we have the basic information, now all that is left is the really “simple” matter of selection. You should always choose based on what you can afford to grow, where exactly you are going to do it, how much experience you have with growing and how much time you want to devote to it. The time you will have to sacrifice in any case depends only on how much it will be.

And which is better? It’s not really possible to say, In the interest of neutrality we’ll say that each option has pros and cons. You have to try all the options and then choose.

Nukaseeds offers you both and you can choose which of our cannabis varieties you would rather see in your garden.