One of our customers bought Cleopatra cannabis seeds and told us how much he liked this new CBD strain. Would you give it a try too, thanks to him? 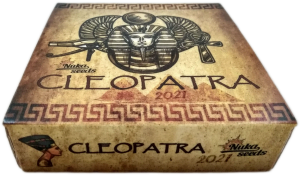 The user CannaCreep shared with us some interesting facts about growing our cannabis variety Cleopatra. With his permission, here is the full email we received from him.

“I bought a fifteen pack of Cleopatra. I like Egyptian and Greek mythology so this subject really appeals to me, I’m also a bit of a collector and love a good peacock. Unfortunately due to health reasons I switched to CBD, but I’m still happy.

“The germination excited me. At times only eight seeds caught and I thought those two were going to be a bust, but eventually they did and I had a 10/10 score. I used the standard cotton swab method. Within a few days I had nice sprouts and gradually transplanted them into the soil medium. I opted for a homemade super soil with low nutrients. I used perlite for aeration”. 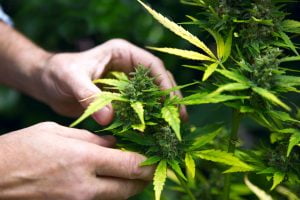 “The course of growth was classic and did not surprise me in any way. I pruned practically from the beginning and used bending as a method of light stress. It went reasonably well. Since I was growing in the sun, the cannabis plants had ideal conditions for growth. It rained here and there, but I wouldn’t call it a failure.

I did have some pest problems at times and didn’t really pick up on it due to time constraints, but I was surprised at how much the plant could take and even the beetle infestation didn’t hurt it too much. I exterminated the nasty critters and pumped the plant full of nutrition to give it a bit of a boost.

After a couple of weeks, thanks to the nice weather and my manipulation, it switched over to flowering and then it was a cunning course. It basically doubled in size and was completely covered in cones. That’s what was happening with the others. Thank goodness for the big garden behind the house. Hiding 15 flowers is sometimes a problem, but thank goodness for ornamental plants that keep me out of sight of the property”.

“Within the next two months I had a small jungle in my garden :D. So everything had to be taken care of before anyone noticed the more invasive odor. I was thrilled with the size of the harvest, I was expecting a lot, but not really this. I preserved everything for future use. I’m going to make some salves, tinctures and I’ll try the oil, but I’ve never made that before. I’ll also make some tea out of it and see what else I can come up with.

Verdikt on cannabis seeds from Nukaseeds 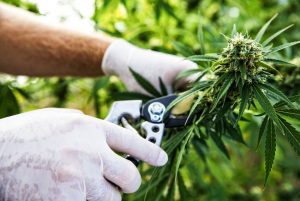 “Well, the verdict? Like if other banks had a similar approach to Nuka, there would be a severe mess in the market because you wouldn’t know what to buy. But that’s all they’re doing for now and I hope they don’t drop in quality in the future. So 10/10”.

One more note. I live in France and was told through the mystery support that it’s supposedly shipped from somewhere in the Czech Republic. Probably some sort of intermediate shipment. But I ordered the package on Monday and it arrived on Thursday morning. That’s really cool.

Anyway, thank you very much Nukaseeds for the extraordinary experience. I really like their approach and I’m impressed with the way they went. Keep it up guys”.

Not a bad opinion from an experienced grower, don’t you think? Looking forward to more reviews from other fans. For those of you who haven’t had a chance, check it out. The Cleopatra cannabis strain is the one for you.