One of our customers shared his impressions of growing Banshee cannabis seeds. How did he like it and what did he say? Check it out.

We have another report on our cannabis strains, this time it is a report from user Boosther. This little guy purchased a five-pack of the Banshee cannabis strain from us, and he shared with us the progress of the grow and offered his perspective. Here we go. 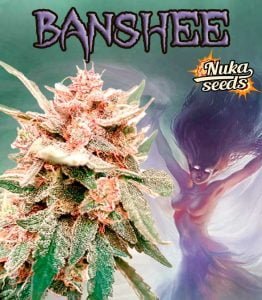 “Hello, Nuka people. I’d like to thank you for the opportunity to comment on my impressions of their new Banshee strain. I’m already regretting not buying a bigger pack, but that’s okay, there will be time for that next time. The packaging is simple, yet different and punchy than other seedbanks. Black bomb perfect for keys and bugs I have used them all. I already have the sticker on my laptop.

Germinating was relatively easy, I wasn’t expecting any great miracles, within a few days the first little sprouts were there. I was germinating in water. Maybe a tired method, but I’ve been using it for over five years, and it still works.

I grew it in black soil with a little coconut fiber. The seedlings were in pretty good shape, but the weather messed with them a bit, which was fine as it didn’t do them much harm. After about two weeks I tossed them into the greenhouse anyway and let them grow.

I’m not a big fan of autoflowers, as I’m used to invasive training methods, so I just lightly trimmed and then tried scroging, but it didn’t really work so I left it as is was.

I bought one type of fertilizer for it and scrunched it in a slightly smaller ratio. At first it looked like I burned them, but then they caught their second wind and grew outrageously. I darkened the top of the greenhouse here and there, but in the end it wasn’t necessary.

After a while they switched themselves into flowering and swelled up a bit, such nice bushes, one was really happy about it. I have to say that they smelled quite strong and for a while I had a feeling that someone would come and take them away from me :D.

After about seven weeks I was getting ready to harvest. I rinsed the plants properly and then gradually disposed of them for drying. After a couple of weeks I had many jars of luxurious grass.

The cones themselves kicked my ass pretty solidly and I didn’t expect to get so knocked out, so a deluxe machine.

I would describe the overall impression as slightly above average. The weed was great, the flavor was decent, and the growing process was good except for the first weather failure.

So I am satisfied. Well done”.

Another satisfied customer, don’t you think? You can be at that position as well. Try out this awesome cannabis strain, you won’t regret that. 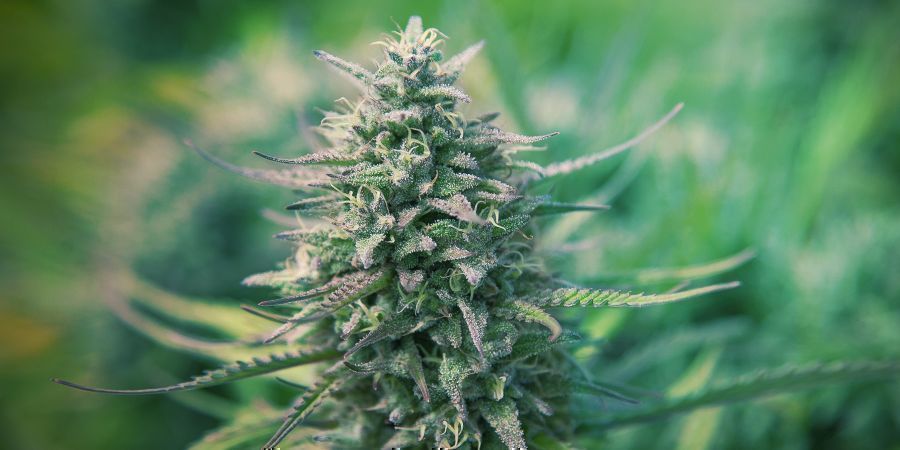